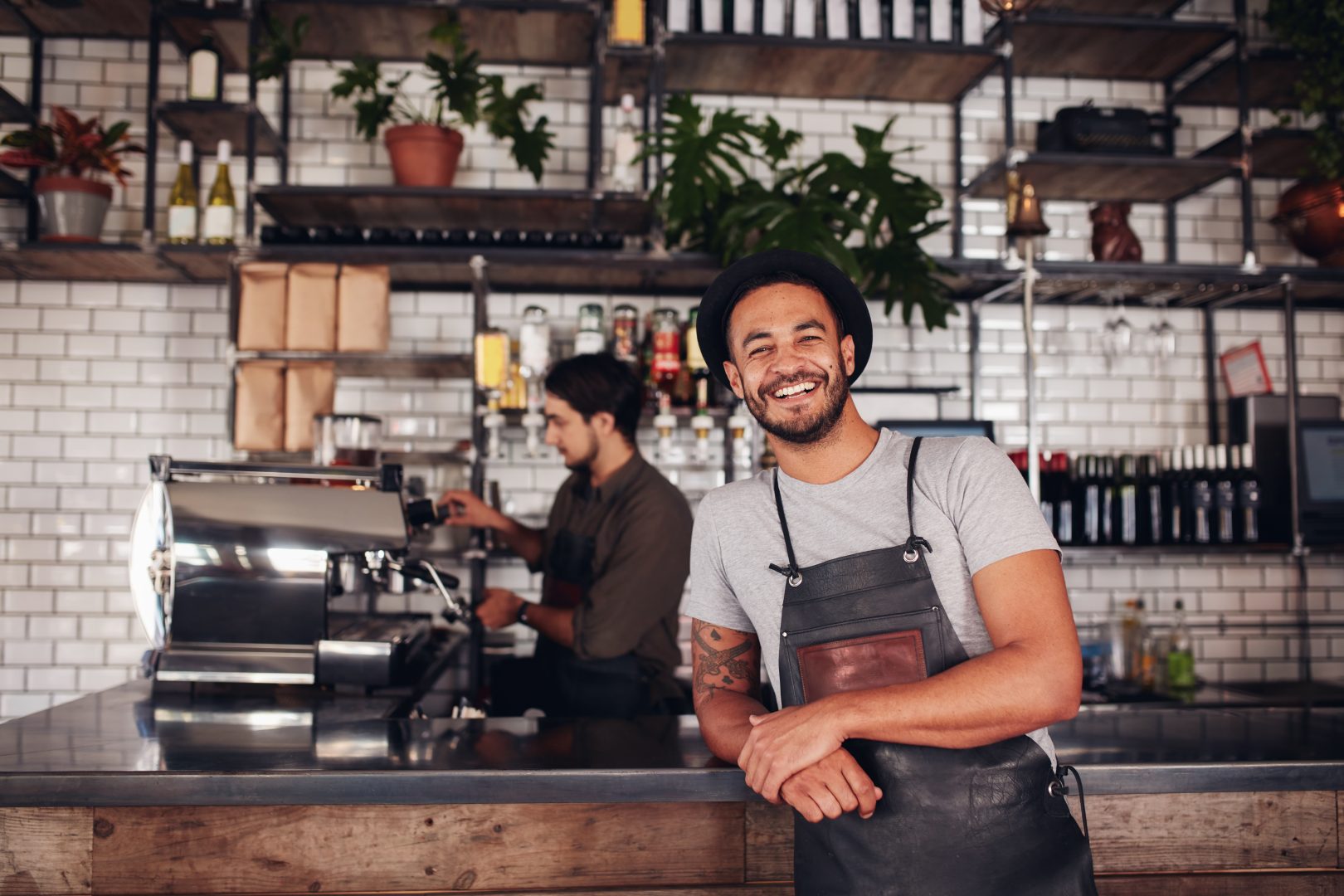 How Customer Feedback Could Have Saved Industry Giants: Listen, Adapt or Die

What do Blockbuster, Curves, and Aéropostale have in common?

They’re extinct or are on the brink of extinction.

These three companies are perfect examples of huge, industry-leading corporations that failed to listen to the most valuable asset – their customers. If they adapted their business models to keep up with consumer demands, they could have perhaps avoided their own downfall. Unfortunately, their ignorance and oversight lead to their ultimate demise.

What if these companies collected feedback and tirelessly surveyed customers about their likes and dislikes? What if they had real-time results and the ability to address issued before customers ever left their stores?

In the prime of their lives, Blockbuster, Curves, and Aéropostale cornered off their perspective markets and industries. They were the big men in town and each stood as a force to be reckoned with. But what was once an industry dictatorship, quickly turned into a classic case of David vs Goliath. Newer, smarter, and more responsive companies came to play and knocked these industry giants off their feet.

But let’s go back through Blockbuster, Curves, and Aeropostale’s reigns of supremacy to highlight where they have possibly went wrong and what could have maybe just saved them.

Between 1985 and 1992, Blockbuster was the undisputed champion of the video rental industry. In its prime, the video rental giant had over 9,000 locations worldwide, employing over 84,000 people. In 1994, it was valued at $8 billion.

Enter Netflix. In 1997, a new contender in the video rental fight entered the ring with new moves, leaving Blockbuster breathless. Netflix saw an opportunity to bring video rentals to consumers’ homes. Now all video enthusiasts had to do was go online. No getting off the couch. No driving to the store.

This new, more convenient way of renting videos online quickly caught on. Blockbuster knew it had to fight back.

In 2004, Blockbuster launched ‘Total Access’, which was a version of a Netflix-like DVD rental program.  The company even abandoned its unpopular (but profitable) late fees on overdue rentals in an effort to pull customers back. By 2006, ‘Total Access’ had over 2 million subscribers (Netflix had 6.3 million), but when CEO John Antioco stepped down, any online efforts dwindled.

Blockbuster was at the forefront of video rental but a new online rental player Netflix brought it down. In 2000, Netflix founder Reed Hastings even proposed a partnership with Blockbuster. The two companies would have been able to control both brick-and-mortar and online markets without cannibalizing one another. But Blockbuster turned it down because “[it was] ridiculous that Netflix’s business model [was] a ‘niche business.'”In 2010 Blockbuster finally filed for bankruptcy and today, Netflix towers as a 149 billion-dollar company. 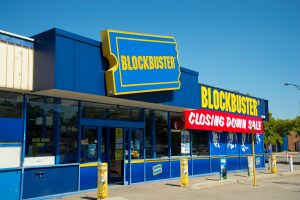 Blockbuster was not the first to pursue a home delivery DVD system. This gave the company an opportunity to follow Netflix and try to build off Netflix’ design (Business Wars has a great podcast about this relationship). But when push came to shove, Blockbuster stopped listening to what viewers wanted, ignoring consumer research reports. Customers were unsubscribing because they got what they wanted elsewhere.

Movie watchers expressed how much they loved the convenience of online movie rentals. This option was easy and allowed customers to avoid the hassle of late fees or waiting for big-name releases to become available. Netflix was able to harness data across so many different facets thus being able to meet customers’ needs better. Netflix also networked with big Hollywood producers for more movie rights. This eventually lead to Netflix producing its own original content. With this new feature, customer feedback was very positive!

Imagine how different our lives today would have been if Blockbuster was still a contender in the on-demand video game. Netflix and Chill? No. Blockbuster and… whatever.

Meanwhile, except for one lone Blockbuster in Bend, Oregon, the brand as a whole is dead, riding out its final days on nostalgia.

What if Blockbuster Collected Customer Feedback

Blockbuster could have avoided its downfall if the company knew right away that customers were leaving the stores upset. If customers could leave feedback, they might have complained about movies being out of stock or the newest titles not being on shelves, multiple inconveniences associated with an in-store rental model.

What if Blockbuster was willing to be open to the customers sharing their experiences, opinions and feedback?

What if Blockbuster had asked all customers to rate Blockbuster on a scale from 1-10, and then asked what it would take for Blockbuster to be 10?
Customer feedback would be all over the charts. The answers could vary – “the DVD I wanted was out of stock, missing new releases, unreasonable late fee, I want at home delivery.”
Asking and acting on what could have been learned could have possibly saved the company.

As the first of its kind, Curves was once one of the fastest-growing franchises in the world. As a first woman-centric fitness club, Curves brought something totally new to the game. It offered 30-minute group fitness classes, strength training, and weight loss guidance. 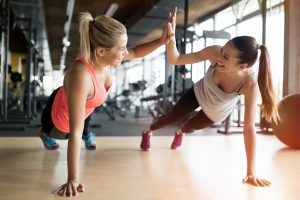 Finally, women had a “safe space,” away from leering, judgmental eyes where they could pursue their fitness goals.

Member’s expressed their growing frustration with Curves’ limited hours and strict membership contracts. Since each location was individually owned and operated, hours and standards varied. For example, these are the hours of operation for three Curves locations in the Philadelphia suburbs – needless so say it would be a headache trying to remember all these times!

As corporate ignored customer feedback and brushed guests’ growing frustrations to the side, the franchise soon started to see an epic downfall.

Curves’ initial success came due to the company’s ability to harness and foster such a niche market segment. Women responded so positively to the new option for a more private and attentive gym experience. Additionally, affordable franchise opportunities attracted new business owners. But as more fitness options started sprouting up, the new alternatives offered 24-hour availability at a much lower monthly cost. Curves’ members started to dwindle.

Today, Curves has closed the majority of their club locations, struggling to keep members happy. Besides their odd hours and premium rates, Curves struggled to hear its members when they complained about bogus contract loopholes and inconsistent standards among locations.

The most common complaint about Curves in online reviews came from members who followed the contractual agreement but still got charged for memberships they no longer wanted. Another common complaint referenced inconsistent service between franchise locations. But even today high membership prices and fluctuating hours of operation remain major concerns for Curves members. The company, however, shows no indication of change or adaptation.

What if Curves Collected Customer Feedback

Imagine if Curves surveyed gym members eager to learn of their experiences immediately post-workout. Questions could include inquiry about what members liked most about their circuit workout or bathrooms cleanness, pricing, new ideas or dietary trends. With the data that Curves could have collected from their customers, they would have definitive answers to the question of why their members are switching gyms.

Curves could have asked each gym member to rate Curves on a scale from 1-10, 10 being the best. Customer feedback, again, would have produced a mix of results – odd hours, expensive memberships, difficulty with cancellations etc. But following up with asking customers what it would take for the customer to give Curves a solid 10 would resonate with customers that they are trying to improve and surely give constructive ideas.

Could simply asking, learning and acting on customer feedback have saved Curves?

Ignoring what their target market actually wanted, decision-makers at Aéropostale were convinced that teens would wear their clothes to avoid getting bullied. They also believed that all teens wanted was to fit in. The reality was, teens wanted nothing more than to be individuals. They didn’t want to be walking billboards for brands. They wanted to express their personalities through their clothing. This was a factor that Aéropostale missed entirely. To play more to the point of ignorance, in 2014, CEO Julian Geriger stated that “Aéropostale needs to focus on sticking to the teen ‘uniform’ of basic t-shirts and jeans, and spend less energy on keeping up with fast-fashion retailers like H&M”

As teens gained more independence and a sense of “self” they turned to brands that better allowed them to express that. 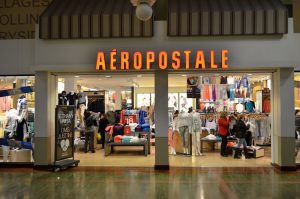 I’m not sure there’s anyone who loves talking to teenagers. And on the flip side, I’m not sure how many teens love talking to adults, but teens are talking and Aéropostale isn’t listening.

Forced to file for bankruptcy in 2016, Aéropostale continued to close its existing stores and lose sales. Today customers shop more online than anywhere else, but the stores they choose, like H&M and Forever 21, offer a wider variety of clothing styles, colors, and textures, while still staying within a fair price range.

Shelley E. Kohan, VP of retail consulting, Retail Dive sighted another reason for Aéropostale’s decline, saying that “Aéropostale had this really strong brand in early 2000, but once the hoodies and graphic tees went out of style, Aero didn’t find a replacement strategy.

Today Aero is all about price. The company has this kind of junior customer who’s not quite a fast-fashion customer, where Mom’s the real shopper, taking the 11-year-old into the store. So if that trend is off or too sexy for this kid, Mom’s not going to be buying that.

Aéropostale is in dire need of a change in leadership and a change in the approach to its target market. The company has the ability to come back around. However, it would take an extreme makeover: retail edition.

What if Aéropostale Collected Customer Feedback

If Aéropostale asked customers why they didn’t purchase anything, they might have just turned the tide on their decline in sales.  What if Aéropostale’s store could provide corporate with hard evidence that teens just don’t like the style of clothes available?

Aéropostale could have learned a LOT just by asking each customer leaving the store to rate them on a scale from 1-10.
The customers might have responded with things such as lack of style options, not enough stock in larger sizes, or misrepresentation of individuality.
Then asking customers what it would take to make their answer a 10 would provide customer feedback data that might have helped save the brand.

What can we learn from these failures? Listen to your customers!

Collecting customer feedback in the 90s and early 2000s was no easy feat. Customers had to use paper and pencil or take the time to do a survey over the phone. Online surveys were far and few between. In fact, they didn’t become popular until later in 2000, so retailers were short on solutions.

Today, collecting customer feedback is an easy and effortless process with the right tools, such as feedback kiosks. It’s time to start capturing feedback before the customers leave the store.

Then adapt to what the customers want. Or Die. 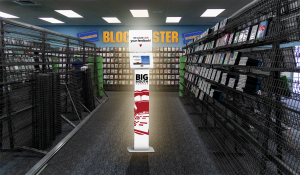